If are looking for a cheap, customizable RAID 1 capable, multiple terabytes NAS. Look no more, because the Pogoplug seals the deal. For the price, you will not have bleeding edge performance, but you gain the level of customization of a fully featured GNU/Linux system.

Earlier this year, I set out to build my very own Linux-enabled, Do It Yourself, NAS in order to store my RAW pictures and videos. At that time, the very famous Raspberry Pi was not available and I turned to an equally good product named Pogoplug. Pogoplug is a company that sell both online storage (into the cloud) and plug computers (also named Pogoplug). The main purpose of these plugs is to connect one or more hard drive and let them be synchronized on the cloud without requiring the user to let his computer on. But what really interest us here is that you can change the default software and get access to a fully enabled Linux.

After some more browsing on the Web, I came up with the following configuration:

In my case, at the beginning of the year 2012, all the parts were at the following price:

That is roughly $340, and I guess the prices of the hard drives went down lately (after all it’s been more than a year since the flood in Thailand). Also, you can choose smaller drives.

After more considerate thoughts, choosing the Rosewill R2-JBOD encasing is not been very good performance wise, because the encasing provide a single USB connector for driving the two disks. Thus, the two disks share a 35MB/s bandwidth, which greatly reduces the performance they can deliver. I later found out that Rosewill is also selling a RAID-1 USB encasing named R2-RAID, improving the performance when the two disks would otherwise be used in a software RAID-1 configuration.

Installing a custom Linux system has never been any easier

This part was a breeze, all I had to do was to follow the instructions on the very good Archlinux ARM wiki (and no I don’t have the pink model).

Once this is done, you have a full fledged Linux system, with all the goodness that comes with it. Because it is a NAS, you may now setup your disk encryption, Samba and/or a NFS server for local file sharing and a SSH access for remote access. You can even benefit from an IPv6 connectivity if your router provides one, or if you feel like setting up an IPv6 tunnel down to your pogoplug). This last bit is especially interesting when the pogoplug is located being an IPv4 NAT with a dynamic public address and you want to access to your plug from all over the world.

I ran this NAS for more that 6 months now. So, I came up with a list of positive and negative aspects. Here is the good points:

Overall, the cons does not make me regret my solution a single bit. I love the flexibility a Linux system provides.

Why are the performances so poor?

As I pointed out earlier, each drives appears separately when the Rosewill is set in JBOD mode (this is required if you want to set up RAID-1 at the software level). Because the encasing is connected with a single USB link, the maximum USB bandwidth is effectively divided by 2. This leaves roughly 17MB/sec per hard drive. This also correspond to the top speed I witnessed when performing sequential reads on the drive (RAID-1 on Linux read and write always occur on both disk at once).

For a somewhat cheap price, you can build your own low performance but highly customizable NAS. A Pogoplug probably does not compare with a Synology NAS performance-wise. Nor does it compares with the very low price tag of a Raspberry Pi. It is just a trade-off between reliability, connectivity and customization. 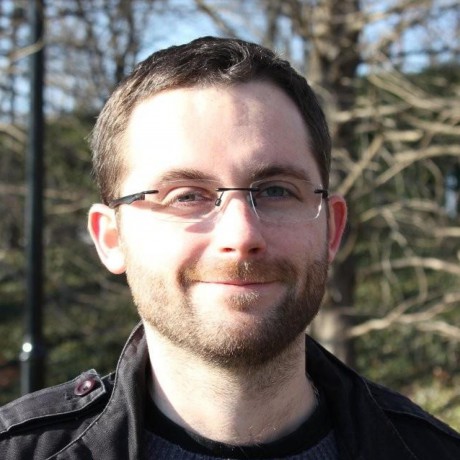 Powered by Hugo with theme Dream.

My name is Tony Cheneau and I’m currently a devops (catchy title) at ANSSI.

I was previously occupying a postdoc position at the National Institute of Standards and Technology (also known as NIST), in the Advanced Network Technologies Division. This was a really entertaining job where my main research interests are focused on wireless applications over the Smart Grid and defining new security solution for these applications.

If you are interested in my education (or in hiring me), you can check out my very formal (and not so up to date) resume.pdf.

During my PhD, I studied several aspects of the Link-Layer security. through the extended use of the Secure Neighbor Discovery protocol (RFC 3971 and RFC 3972).

Other of my previous research interests included MANEMO. MANEMO is the combination of multiple research areas:

Back in time, I made some propositions inside the CGA and SEND maIntenance working (CSI) group:

During my PhD, I happened to give some lecture: